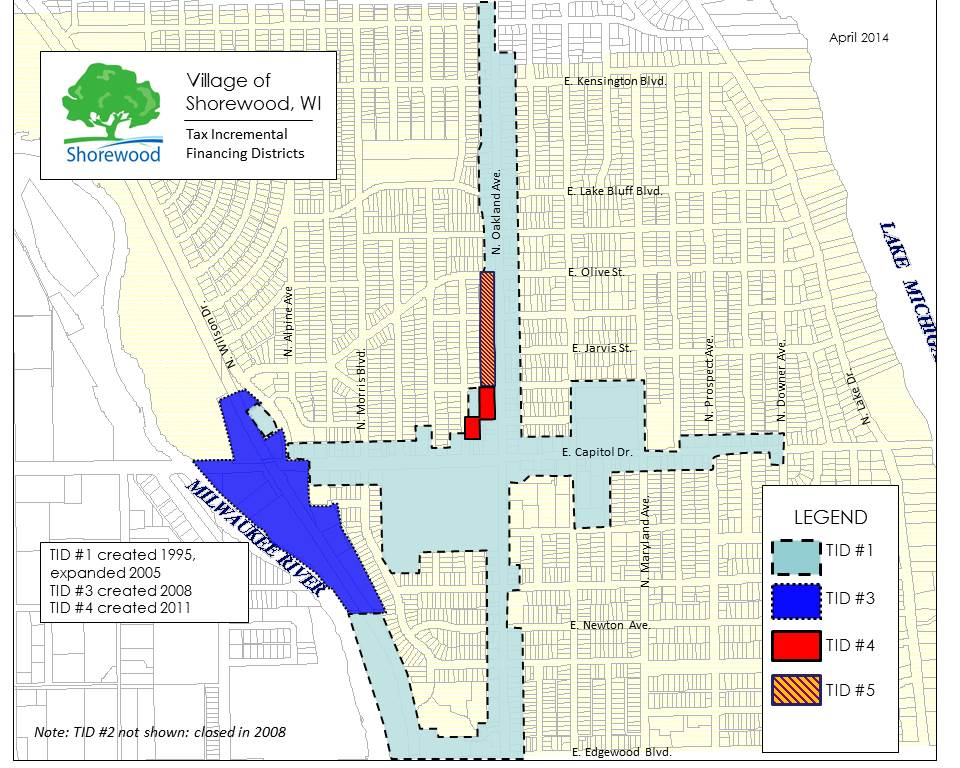 Today, Shorewood has four active Tax Increment Districts (TID). The first District was approved in 1995. TID #5 was created July 2014 for the Metro Market development by General Capital for a grocery store and mixed use development along Oakland Avenue. Below are each districts approved project plans.