The final concept design, approved by the Village Board on November 13, 2017, includes:

The estimated cost of the approved design concept was $2,971,535.80. The project will be funded through a number of sources including general obligation borrowing, sewer utility revenue, MMSD Green Solutions grant funding and WisDOT Local Road Improvement Funding. 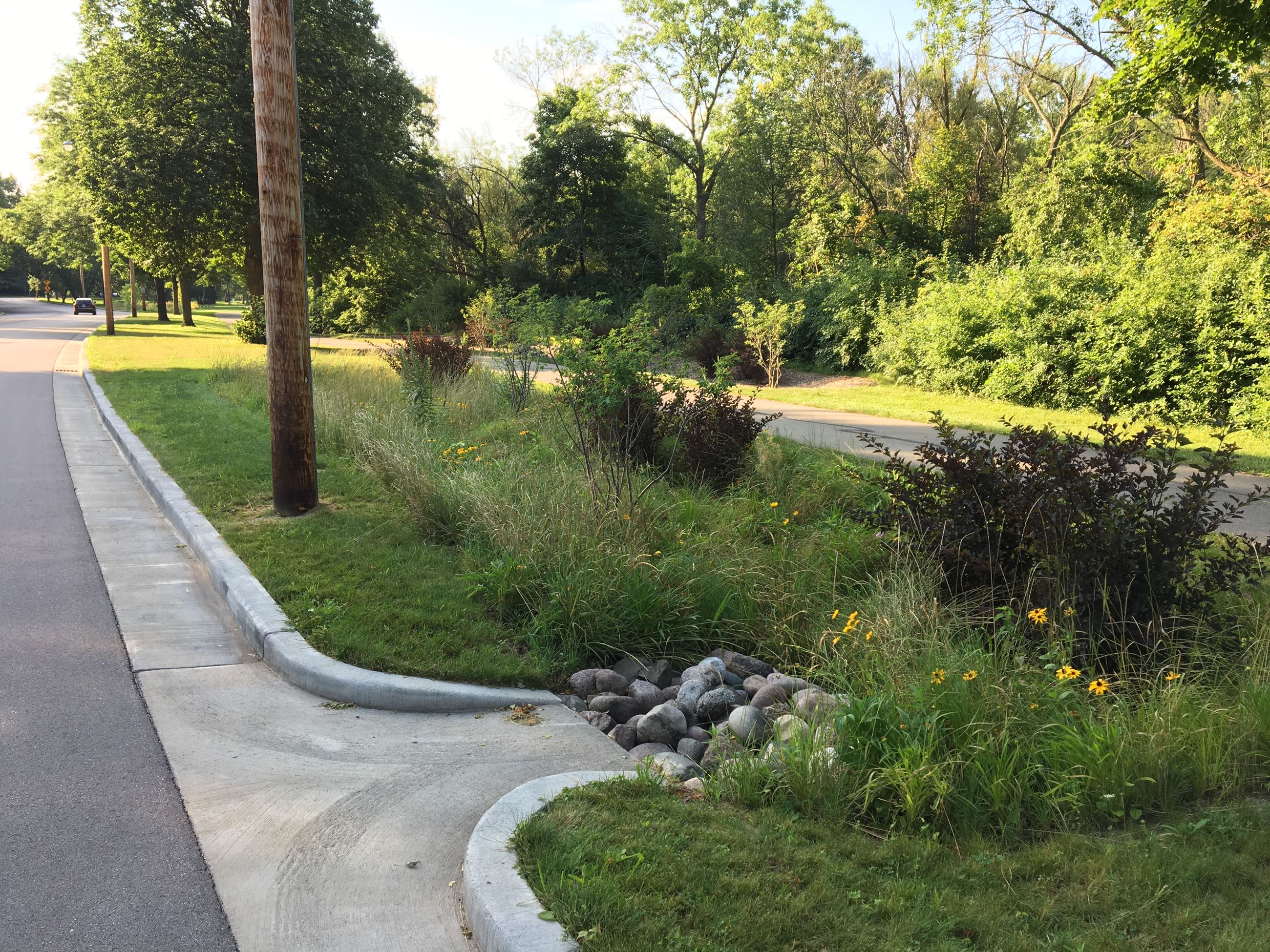 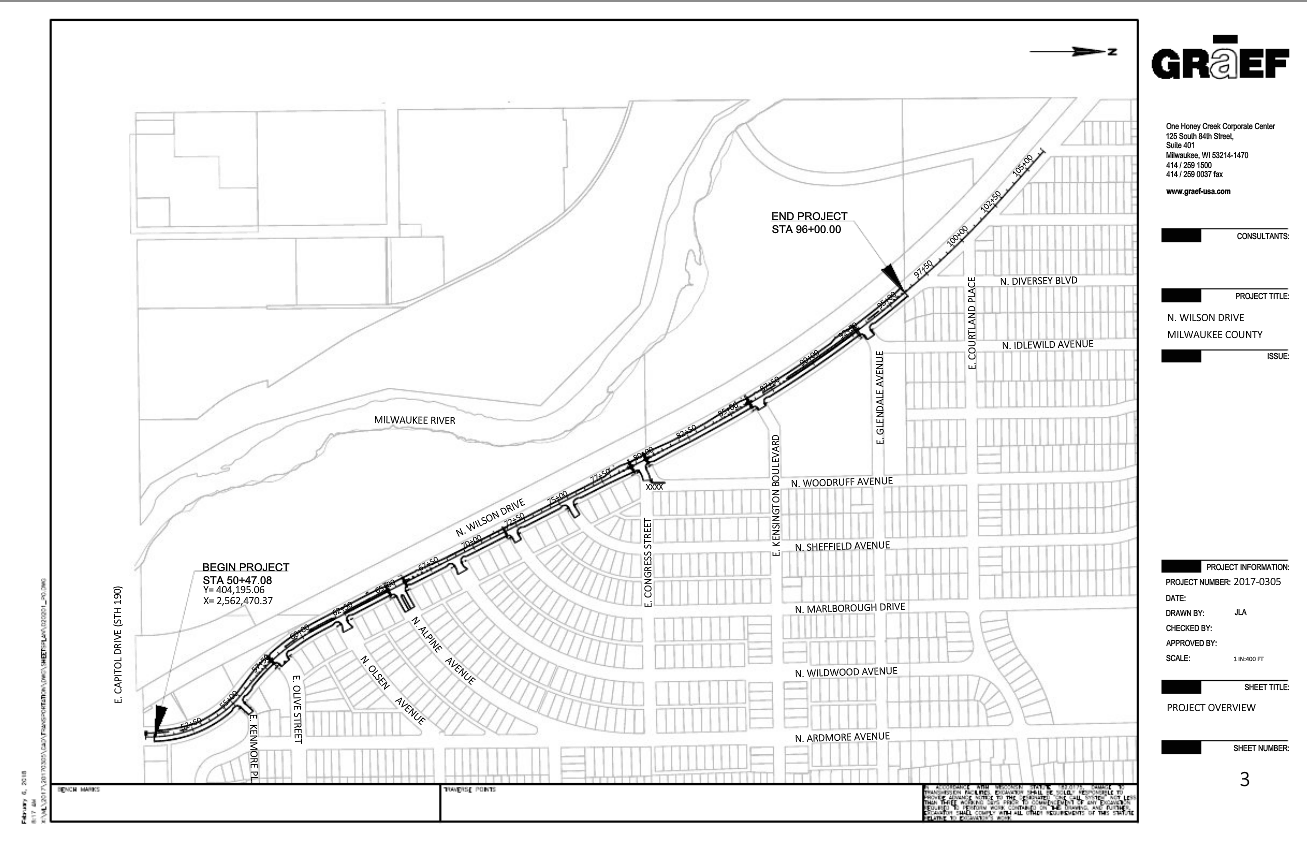 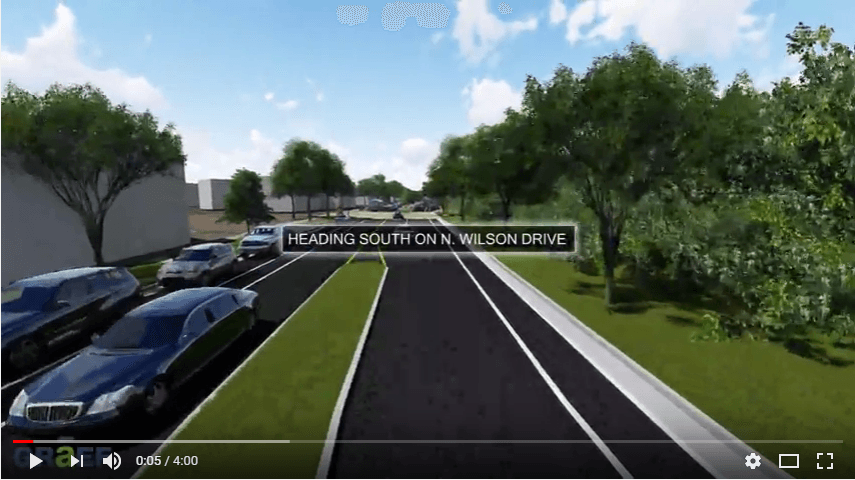 Watch the video for a virtual drive through.

Materials are also available for viewing at the Shorewood Public Library. Comments and feedback are always welcome and may be emailed to the Wilson Drive Project. 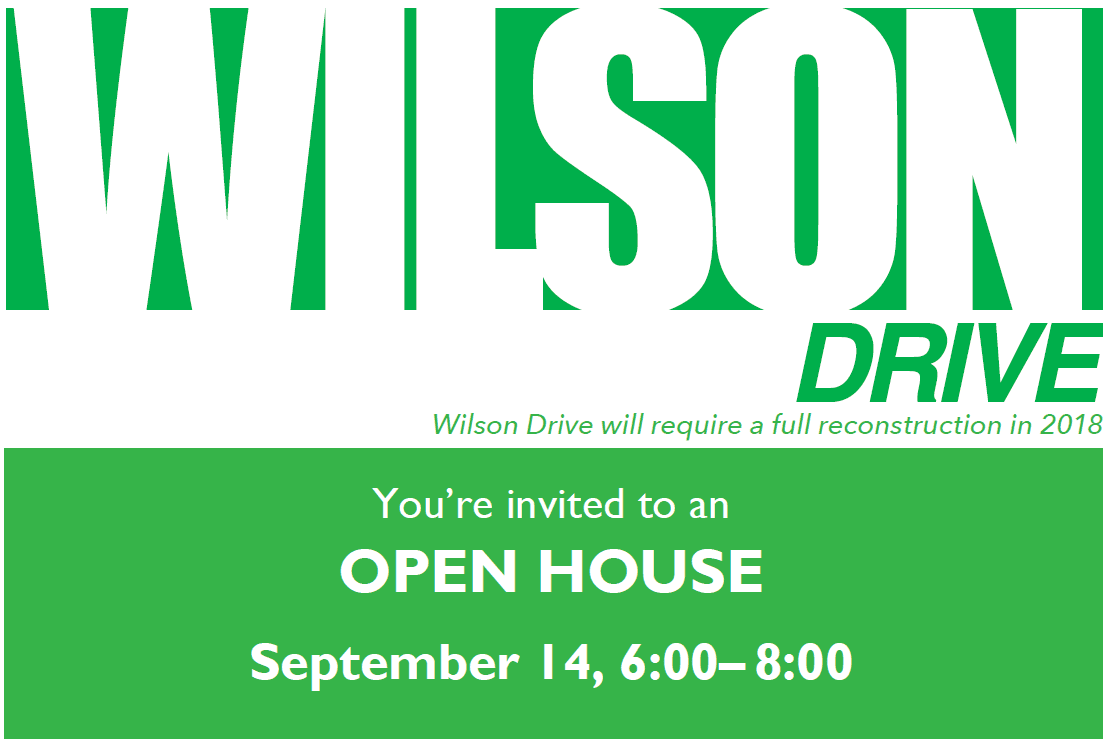 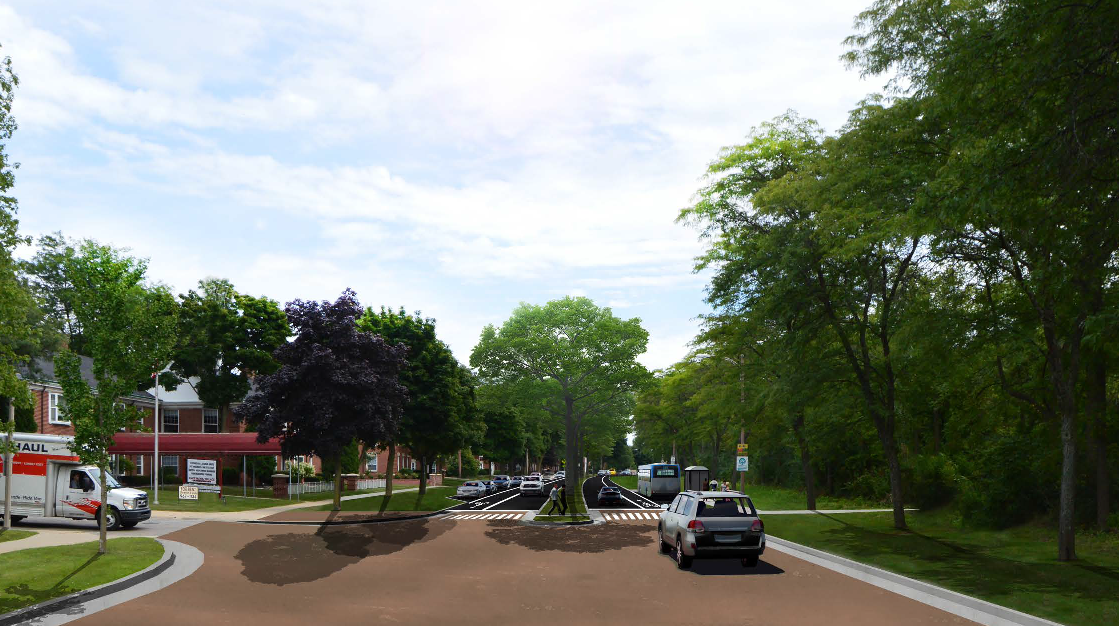 At its August 14 meeting, the Public Works Committee reviewed scenarios and options for enhancements to the roadway corridor.

On July 10th the Village Board unanimously voted to memorialize their commitment to conserving the west side of Wilson Drive, eliminating options for future commercial or residential development. And after nearly four hours of public input and discussion, they voted to instruct the engineers to further designs on the hybrid/greenway alternative that shows a 41-foot road width with boulevards on each end. The engineers shall further review parking needs surrounding the businesses; evaluate adding southbound bus pullouts; further evaluate large emergency vehicle access; and, incorporate pedestrian islands at each intersection. Once those are complete, a second Public Information Meeting will be scheduled in September to reveal 60% plans.

Many thanks to all who submitted comments after the public meeting on June 29th, 2017. All comments were provided to the Village Board July 7th and are available in the Public Information Meeting Comments (PDF).

The simulation represents operations during the PM peak hour. The 30 southbound lefts at Congress are for the entire peak hour from 5:00 to 6:00 PM for the design year. The simulation moves to Congress at about 45 seconds into the video, during the next minute, there is only 1 car that turns left at Congress, which would appear to be correct as 30 cars per hour would represent 1 car every 2 minutes.

The Wilson Drive Task Force presented their work to the Village Board on January 3, 2017. Thereafter, the Village Board approved a contract with Graef to provide design and engineering services for the 2018 road reconstruction. An Open House is scheduled for Thursday, June 29, 2017, at 6:00 p.m. at the Village Center. The consultant will give a brief presentation at 6:15 p.m. and will have stations set up for discussion after. We encourage the community to stop by and let us know what you think.

The completed consultants report that shows various road design scenarios is now available. The report provides a summary of the work groups concerns, interests and ideas, developed over a year with public input throughout and four road scenarios. It also provides funding opportunities and other helpful information. Take a look at the Wilson Drive Conceptual Planning Report (PDF).

The Wilson Drive Steering Committee chairs presented a summary of the task force work over the past year. The Village Board will see a presentation by the consultant on the road concept designs on January 17th. See the steering committee's presentation (PDF).

The June 15, 2016 Open House Event was a great success!. Thanks to all for coming out and sharing your ideas. Over 140 comment sheets were submitted that night and each work group station was busy answering questions. Public comments were transcribed and may be viewed (PDF).

In June 2015 the Village Board approved the creation of a Wilson Drive Community Task Force based on a framework presented by the Village Board Strategic Initiatives Committee. The task force will be charged with producing a product with specific recommendations that could be examined, tested, and illuminated through alternative design scenarios.

May 11, 2016 meeting materials (PDF): contains information on posters and format of the June 15th scheduled open house event. There's also a proposed scope of services for a traffic study that will be discussed.

August 10, 2016 meeting materials (PDF): contains a priority list of concerns and interests and workgroup notes from the July 27 meeting.

February 15, 2017 meeting notes (PDF): This was the last official meeting of the steering committee. They discussed the consultants draft report.

Volunteer applications were due October 9, 2015, with postcards mailed to 6,898 households. The Village Board Strategic Initiatives Committee interviewed for the Steering Committee and the Village Board appointed members.

Learn the background about Wilson Drive  (PDF)and past discussions over the past 10 years.